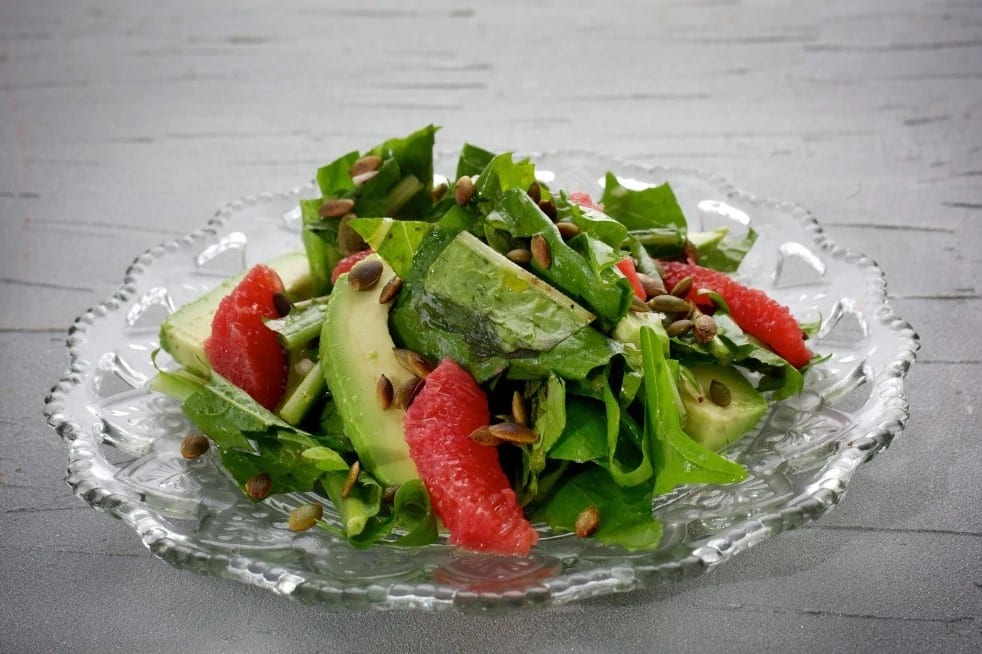 This Catalogna Chicory salad uses the tangy grapefruit segments to play off the mildly bitter chicory.

Catalogna Chicory greens (also known as Italian dandelion) consist of several closely related leafy vegetables in the composite (Asteraceae/Lettuce) family. The plants may have originated around the Mediterranean region and Asia minor areas. It has been cultivated for centuries for its leaves, flowers, and roots; culinary as well as medicinal uses. There are several varieties of chicories.

Considered the most important Italian variety of large-leaf chicory, Catalogna Chicory (also known as Radichetta) is grown for its succulent stems and tart, dark green, dandelion shaped leaves, which may be slightly or even extremely serrated. In colder months, its deep green leaves are crunchy and sweet and only moderately bitter.

The dressing can be made and refrigerated up to 3 days in advance. Bring to room temperature and shake to re-emulsify before serving.

View all posts by Diana Prince →