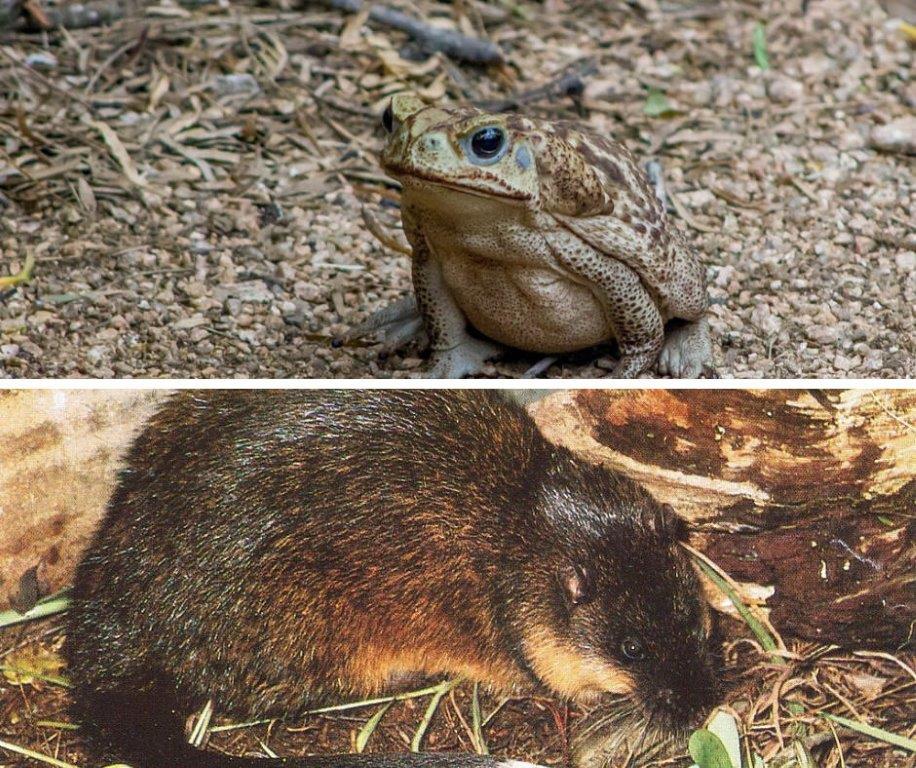 A simple example of a disruptive technology that changed our lives and pretty much destroyed an industry is Uber.

Nature mimics the disruptive technology phenomenon in nature as well when a non-native species enters an ecosystem it didn’t evolve in. Native species may go extinct. Basically, the native flora and fauna are changed dramatically. But sometimes the native ecosystem fights back.

I love examples when the native ecosystem fights back because it teaches us, permaculture farmers, how we can grow our food using nature instead of “paint by chemicals.”

In this example, the Cane Toad entered the ecosystem of Australia in 1935, via Queensland and moved west. The problem with the cane toad is it has poison glands, and the tadpoles are highly toxic to most animals if ingested. Its toxic skin can kill many animals, both wild and domesticated, and cane toads are particularly dangerous to dogs. And it’s super productive and eats almost anything it can get into its mouth. For its size – a perfect killing machine. In Australia, it devastated native animals, and some species have even gone extinct (sad).

Well, Australia has a VERY smart river rat called Rakali. This little guy learned over time how to eat the Cane Toad. They learned to flip them over, making a very distinctive, almost surgical precision cut down the chest. They remove the gallbladder outside the body, which contains toxic bile salts. Then they eat the heart and liver and even peel back the poisonous skin on the legs and eat the meat. GRAPHIC I know, but this is amazing. The Rakali is now destroying the Cane Toad.

Like Recipe Videos? Check out our Weekly Video Recipe Series.