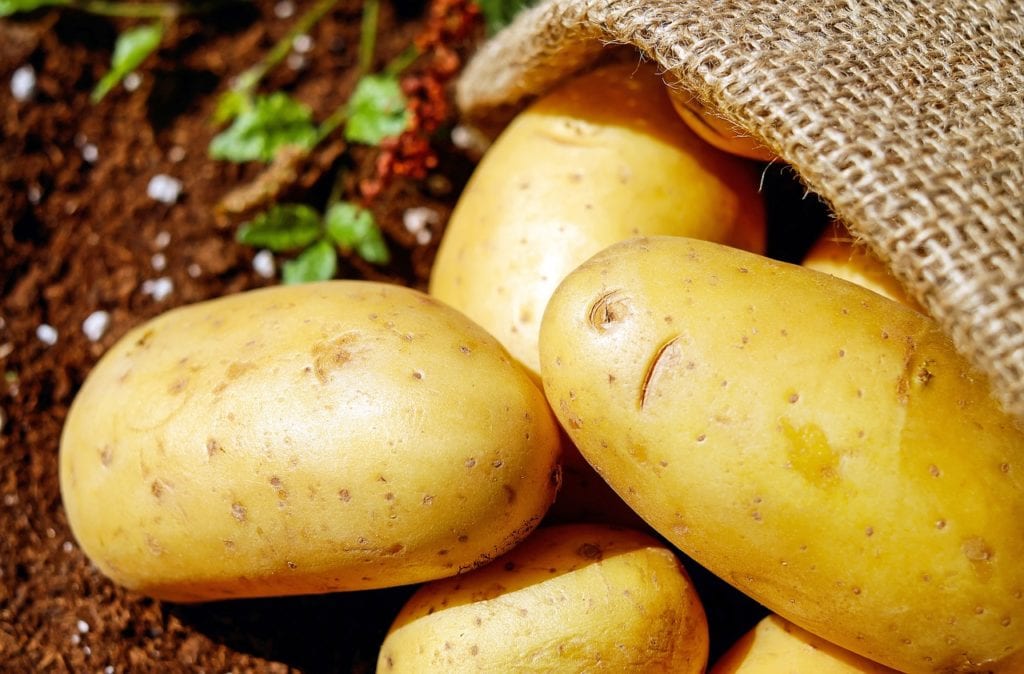 Commercial Potato Farming is not an easy thing to do whether you’re doing it organically or non-organically. The non-organic potato farmer is pressured into producing a perfect, blemish-free tuber for the French fry market.  To get this cosmetically perfect potato, these farmers have resorted to the heavy use of pesticides, herbicides, and fumigants. The result is a chemically-laden food product that isn’t safe to eat (in my opinion) and isn’t that nutritious.

Let’s look at how non-organic and organic potatoes are grown.

Which Potato Will You Eat?

It’s not even a choice for me now. Knowing how toxic the non-organic commercial potato farming is, I will only eat organic potatoes from now on. In one Michael Pollan blog article (Playing God in the Garden), Pollan quotes one non-organic farmer saying, “…I’m not sure I should be saying this, but I always plant a small area of potatoes without any chemicals. By the end of the season, my field potatoes are fine to eat, but any potatoes I pulled today are probably still full of systemics. I don’t eat them…”

If one non-organic potato farmer won’t eat his farmed potatoes… WHY SHOULD WE?