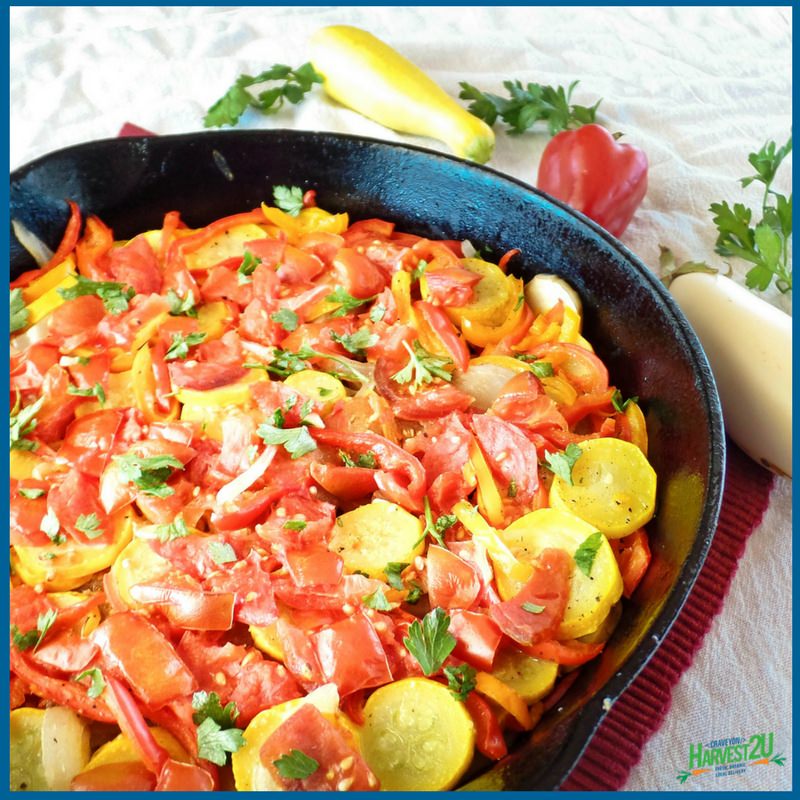 Ratatouille is a peasant dish with origins in the Provence region of France. It is a simple but flavorful combination of summer produce like eggplant, zucchini (or other summer squash), and tomatoes. Toss in some onions and garlic plus fresh herbs for extra flavor, and you have a delicious vegetable dish.

In the movie of the same name, Remy makes a dramatic presentation of the dish by slicing the vegetables in circles and placing them in beautiful concentric circles around the baking-plate. If you want to go to the time, you can do it that way. This version is a bit of a cross between the traditional chunked vegetables and the deluxe movie version.

You can use large globe eggplant or the smaller skinnier version. If using the larger version, cut it into circles then halves or quarters.

Sign-up for our 30-second (all under a minute) video recipe series is designed to provide you with an easy way to use Harvest2U’s locally grown organic produce.

Sign Me Up For My Free Weekly Video Recipe Series

Audrey Humaciu is an avid "maker" that believes homemade is better. Check out her blog, That Recipe, and rediscover the simple pleasures of cooking and eating real foods that nourish your body, mind, and spirit. She'll show you how easy it can be.

View all posts by Audrey Humaciu →